That was my Australia Day 2014.
(Plus some pistachio and lemon gelato on the way home.)

Even the emus needed a dip

Man stands face to face with the irrational. He feels within him his longing for happiness and for reason. The absurd is born of this confrontation between the human need and the unreasonable silence of the world.

Albert Camus, The Myth of Sisyphus and Other Essays
at 1:30 AM 2 comments:

Bob Carr hobnobbing, back in the day: the freedom of powerful men to pee wherever they like

Bob Carr has left the stage, but by gosh he had fun at our expense when he was relevant, didn't he?


Bob Carr was thrilled when Henry Kissinger invited him to join a camping trip in the woods last year. And not just any old camping trip. It was part of the weirdest ritual in American elite politics, the Bohemian Grove festival held annually since 1872.

About 2700 of America's rich and powerful camp under mighty Californian redwood trees in a forest north of San Francisco for the last two weeks of July. It's been described as ''midsummer frolics of the titans of the military-industrial complex''.

In a famous 1989 account for Spy magazine, Philip Weiss wrote: ''You know you are inside the Bohemian Grove when you come down a trail in the woods and hear piano music from amid a group of tents and then round a bend to see a man with a beer in one hand and his penis in the other, urinating into the bushes.

''This is the most gloried-in ritual of the encampment, the freedom of powerful men to pee wherever they like.''

There are talks on all manner of topics, artistic performances and 7am gin fizzes. Cameras are banned. So are women.

Carr shared one of the rustic wood cabins with Stephen Bechtel, the 87-year-old co-owner of the Bechtel Corporation, a $30 billion-a-year construction and engineering behemoth.

Carr, steeped in American Civil War history, stepped out onto the balcony of his cabin one evening. He fancied himself to be in a scene from the Civil War era with fires burning, music playing and people cavorting, he said later.
Carr spent three days at Bohemian Grove. As socio-political tourism, it was a brilliant experience. But Carr would have been wiser to spend no days there. As diplomacy, it was foolish.

While Bohemian Grove is not exclusively a Republican crowd, it's overwhelmingly one. Notoriously so. Bill Clinton described it as the event where ''all those rich Republicans go up and stand naked against redwood trees''. 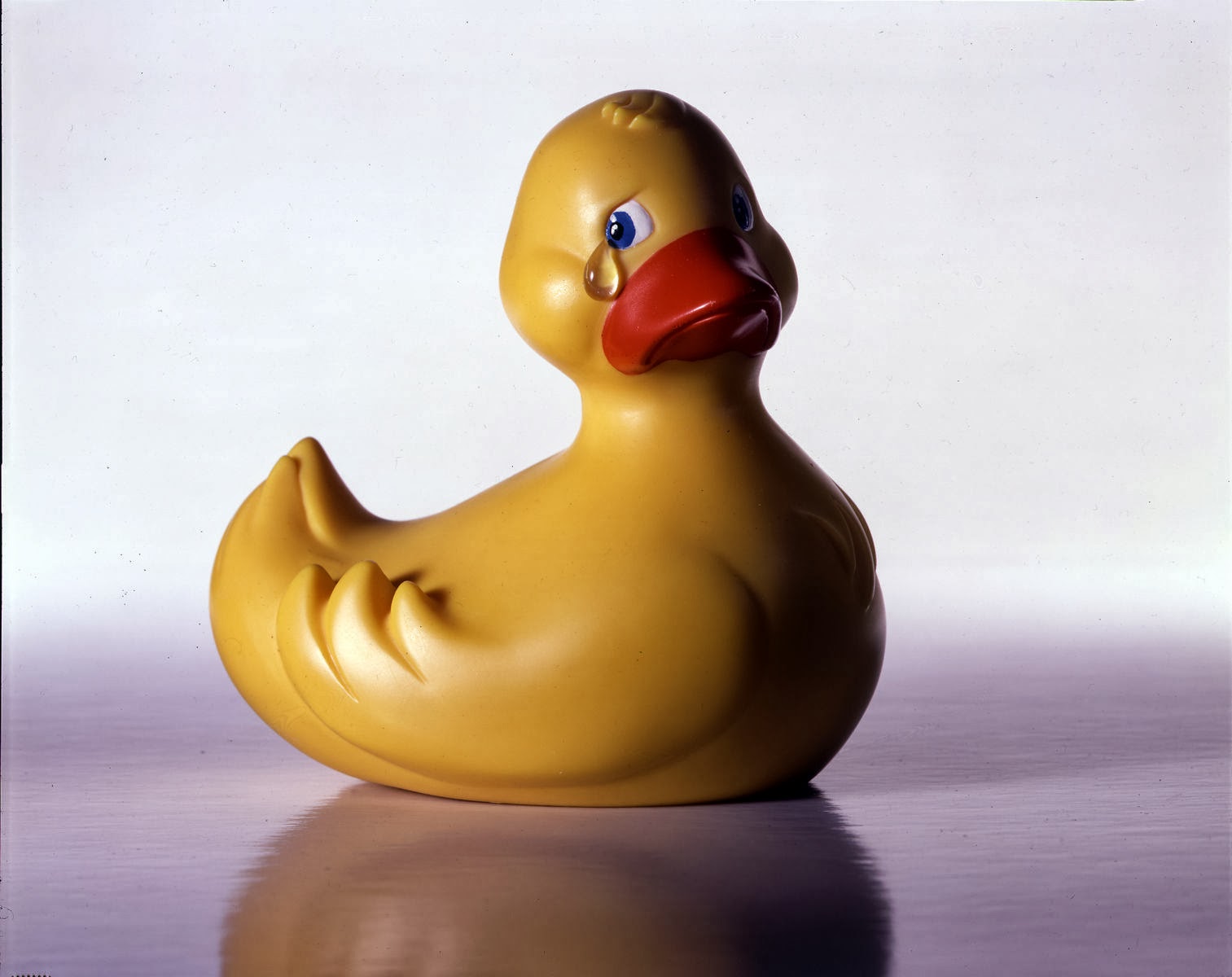 Henceforth, Duck Friday and Wednesday Wisdom will make only sporadic guest appearances.
at 9:00 AM 8 comments: 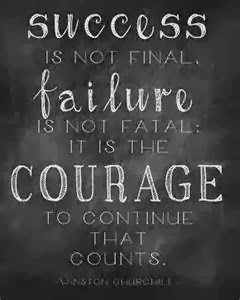 Bit of a polar vortex - hundreds of snide people injured

MINNEAPOLIS (The Borowitz Report)—The so-called polar vortex caused hundreds of injuries across the Midwest today, as people who said “so much for global warming” and similar comments were punched in the face.

Authorities in several states said that residents who had made ignorant comments erroneously citing the brutally cold temperatures as proof that climate change did not exist were reporting a sharp increase in injuries to the face and head regions.

In an emergency room in St. Paul, Harland Dorrinson, forty-one, was waiting to be treated for bruising to the facial area after he made a crack about how the below-freezing temperatures meant that climate-change activists were full of shit.

“I’d just finished saying it and boom, out of nowhere someone punched me in the face,” he said. “This polar vortex is really dangerous.”

The meteorology professor Davis Logsdon, of the University of Minnesota, issued a safety warning to residents of the states hammered by the historic low temperatures: “If you are living within the range of the polar vortex and you have something idiotic to say about climate change, do not leave your house.”

Photo's - wild weather from US to Europe

US braces for record deep freeze as polar vortex pushes temperatures down to -50C
at 9:37 PM 5 comments:

Blind drunk with power, and blindly insane - Kim Jong-Un is a dispcable person, a depraved and sick man.

I continue to be dumb-founded that this man (more a lunatic boy, and many decades ahead of him, unfortunately) is the leader of a country with a larger population than Australia.

Try to imagine being one of the 24 million people held captive - for that's what they are - in North Korea.

How Kim Jong-Un executed his uncle with starving dogs

Be warned: f-word is intellectual property of Starbucks

Who knew that Starbucks owned the F-word?!  Bit of a surprise, hey?

And who knew that Starbucks customers might not notice the difference between a glass of cold frothy beer and a hot frothy coffee?

What's not to be skeptical about?

Here's some news to put a great big smile on your face: apparently, Arctic sea ice volume is up by 50 per cent. Have you cracked open the champagne yet? Did you ring all your mates? Me neither. In fact, to be honest, I couldn't care less whether it's up 50 per cent or down 50 per cent. It's just weather doing what weather does - changing all the time.

But you wouldn't guess this from the way it is reported in the media. Sceptical websites are presenting it as a vindication of their longstanding claim that all the fuss about catastrophic, man-made global warming has been greatly overdone. Warmist news outlets ("a rare piece of good news", declared the BBC) are greeting it as a sign of hope that maybe there is time left for us to save the planet from the Greatest Threat It Has Ever Known.

There are a lot of really smart and wealthy people in Australia desperate to not learn and desperate to reduce the incomes of other Australians.

Why?  To increase competition, of course.  We must compete at the lowest levels, on the assumption that we have an uneducated and unskilled workforce - and if they're not now, they will be in the future; damn it, we can make it happen!

Someone awfully important in local public life recently noted, with much negative judgement, that Australia's minimum wage is double the minimum wage in America.  No acknowledgement from this man that he was comparing apples and camels, and no critique from those reporting his sage observation.

A few weeks back, a minor debate was started by one newspaper, quoting a few hospitality workers, who believe that Australia should step up and start tipping rather more ... more in the American way of things (you know, where the minimum wage is less than $8 an hour, and gratuities literally mean the difference between eating and paying the rent, or not).  No compelling reason was offered, other than 'because' ... because large percentage-based tipping is the norm in other countries.  These hospitality workers didn't bemoan low incomes, didn't claim they couldn't afford to live:  they just wanted more tips, for no particular reason.

Perhaps we'll all be more amenable to lowering wages in this country when state and federal governments stop the flow of corporate welfare, which runs to the tune of tens of billions of dollars a year - enough to instantly wipe out the federal deficit, and then some, which would instantly put the budget back into surplus.  The continued privatisation of profits and socialisation of business losses is a sad and tired joke, isn't it.

Imagine if negative gearing were added to the cut & burn list - whammo! - a surplus so big that some really useful and economically stimulating cross-generaltional infrastructure projects could instantly go ahead.

But no, we limp along, firmly fixed in the twentieth century, our pollies and business leaders clinging to dated economic models that should be discarded for evidence based decision making, and best bang for the buck for the maximum number of people.  Won't see that happening any time soon.

Not long ago, McDonald's offered advice to their staff in America about how to manage on their minimum wage:  get a second job, basically, was the take out, and use food stamps.