Physicists have devised a new experiment to test if the universe is a computer.

A philosophical thought experiment has long held that it is more likely than not that we're living inside a machine.

The theory basically goes that any civilisation which could evolve to a 'post-human' stage would almost certainly learn to run simulations on the scale of a universe. And that given the size of reality - billions of worlds, around billions of suns - it is fairly likely that if this is possible, it has already happened.

And if it has? Well, then the statistical likelihood is that we're located somewhere in that chain of simulations within simulations.

That's ok then, none of this is real.

Physicists to test if Universe is a computer simulation
at 5:10 PM No comments:

Life will end in half a billion years: don't worry, it won't be your fault

Life and Earth as we know them, will end, but it won't be human induced - not even by global warming.  Those last two points will disappoint a few billion people, who daily long for Armageddon, purely for the joy of being able to say 'I told you so'.

Earth, for example, is 4.6 billion years old, but animal life has been around for only half a billion years, and oxygen has only been abundant in the atmosphere for two billion years or so and, of course, intelligent life only a sliver of that time. If we found an analogue of Earth circa three billion years ago, would we even recognize it as a promising place?

The book’s title, Billings says, is a reference to the expected longevity of life on Earth, but his account is less about exoplanets than about the people who make the search for them their lives’ cause — “creatures that, before their sun went dim, might somehow touch the stars.”

There is both good and bad news here. The good news, Billings reports, is that even if we burn up all the fossil fuel, we are unlikely to tip Earth into “a runaway-­greenhouse world” as one scientist described Venus.
The bad news is the planet is going to become uninhabitable anyway. Long before the Sun burns out, Earth’s core will cool off and volcanoes, which restore the atmosphere, will cease. The amount of carbon dioxide will fall to levels too low to support photosynthesis in half a billion years or so.

Complex life arose here only half a billion years ago, notes James Kasting, a geosciences professor at Penn State, who concludes glumly that intelligence might exist for only one-tenth of Earth’s history, cutting the odds of its being detected elsewhere.

Did you notice that little bit in there?  Carbon dioxide, currently labelled, for marketing reasons, a pollutant, and source of all evil, despite remaining one of a handful of elements essential for any and all life, will fall to levels that are too low - in half a billion years.

It makes the efforts to reduce carbon dioxide look a tad silly.

Five billion years of solitude
at 4:57 PM No comments:

Laugh only in moderation

Just in time to protect patients from the dangers of holiday cheer, a new scholarly review from a British medical journal describes many harmful effects wrought by laughter.

Among the alarms it sounds: The force of laughing can dislocate jaws, prompt asthma attacks, cause headaches, make hernias protrude. It can provoke cardiac arrhythmia, syncope or even emphysema (this last, according to a clinical lecturer in 1892).

At the very least, the new review could be considered an affirmation for the perpetually dour. If 2013 was the year of the worried well, the authors imply that 2014 is poised to be the year of the humorless healthy.

Despite such a comprehensive look at the medical literature on laughter, Dr. Ferner felt there was still territory to be charted. “We don’t know how much laughter is safe,” he said. “There’s probably a U-shaped curve: laughter is good for you, but enormous amounts are bad, perhaps. It’s not a problem in England.”

Who says laughter's the best medicine
at 4:43 PM No comments:

Giving literal meaning to the concept of being drunk with power, first killing off his uncle, then having a couple of aides killed - the latter a decision made by Kim-Jong, the young punk in charge of North Korea nowadays, while he was drunk.

Pity the people of North Korea.  Nothing is to save them.
at 4:37 PM No comments:

Kate Winslet and her husband have named their baby boy Bear.

The Pitt-Jolie family have done their Christmas shopping at a Target store in a little spot on the Gold Coast, Australia.

Earlier today I glanced at Andrew Bolt's daily column.  I won't link to it.

The headline read something about the 'dark side' of Nelson Mandela.

Bolt wrote about this 'dark side' and recourse to violence, and blah, blah, blah.

No nuance, no understanding of history, of apartheid, of Mandela, of anything.

Mandela never killed anyone (which is good!), yet spent 27 years in jail.  Do I have to point out that most of our local murderers spend a fraction of that time in jail?

Anyway, Bolt had nothing good to say about a man, newly dead, whose life served more good on any single day than most of us manage throughout our full lifespan.  Along with me, Bolt fits firmly into the second group.

If ever I had wondered about the sincerity of Bolt's opinions, as opposed to deliberate provocation for the sake of attention, or wondered about whether there's a tiny black and bitter heart driving his daily rants ... today was a revalation.

Shallow and despicable, for no other reason than that he can, and he's paid to be.
at 8:36 PM 5 comments:

The tenor of intensity with which many journalists dislike the Prime Minister and his colleagues is evident in the note which accompanies the current edition of The Monthly magazine. Editor John van Tiggelen quotes "one of the magazine's most popular contributors" as declaring: "I don't think I've ever seen such a cabinet of creeps; I can't bear to take them seriously yet."

This contributor chose to remain anonymous. Not so Van Tiggelen himself, who referred to the Abbott government's "onanistic reverence for John Howard" and depicted it as "this frat party of Young Liberals who refuse to grow up".

A considered person might well have regarded such language as redolent of frattish, undergraduate language. But Van Tiggelen is the editor of one of Australia's leading magazines and is happy to put his name to such infantile abuse.

The cover of The Monthly claims the magazine contains an article by Greg Sheridan titled "My Beautiful Bromance with Tony Abbott". In fact, this is an attempt at ridicule by academic Russell Marks. Sheridan has known Abbott for three decades. To some, Sheridan's recollections in The Australian and elsewhere of the young Abbott have been of considerable interest. Not to the likes of Marks and Tiggelen, however, who regard them as a suitable case for sneering.

A problem for the Abbott government is that most journalists who report national politics are inner-city types. It's difficult to think of many members of the Canberra press gallery or key reporters in the capital cities who would support Abbott's position on, say, climate change or asylum seekers or same sex marriage.

So much is the dislike of Abbott that it appears some commentators want his policies to fail even if this is damaging to Australia's national interest.

Loss of a hero 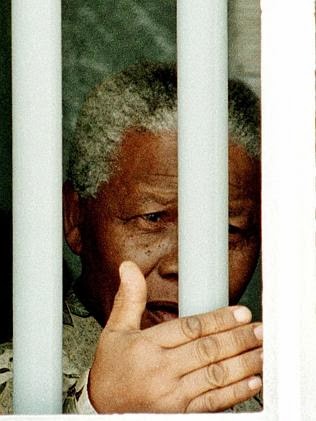 So few heroes in the world, now one fewer.

100 years of Canberra breeds a Skywhale 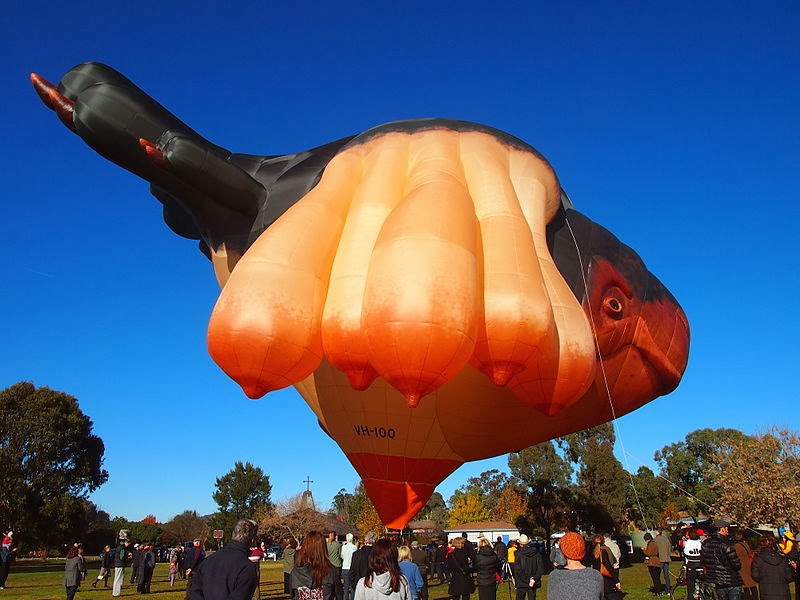 I still don't get it.
In celebration of Canberra's centenary, a skywhale hot air balloon was created, by an artist who shall not be named on this little site.

I understand the link between hot air and Canberra, but I've got no clue what whales have to do with our landlocked capital city.
Nor can I get my pea brain around the concept of a whale with a dozen teats on its wings.
An ugly and absurd piece of 'art'.
Having paid $300K for this inflated object, the ACT government doesn't even own it; that honour goes to a hot air balloon company in Melbourne.
at 1:56 PM No comments: 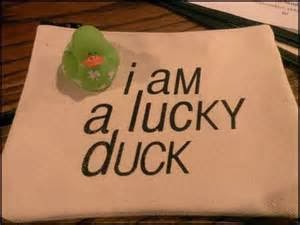 Saving the world one vacuum cleaner at a time

Now Europe wants to make it harder to cleaner your carpets

Politics: throwing money at it is rarely the solution

Those decades of evidence show, convincingly, that hundreds of billions of dollars - additional funding - hasn't improved educational outcomes in Australia.  On the contrary, Australia's global ranking on basic lifetime skills and knowledge continue to go down, down, down.

Yet, both the Liberal and the Labor parties continue to throw (or promise to throw) more and more money into eduction.  Neither party is able to provide evidence that there will, this time, be improved outcomes.

Not something we do in this country.

Imagine how much dumber the future generations of politicians will be.

Nah.  Don't think about it.  Your head will explode.

He just sings and stuff, right?

"I mean, my music isn't just music, it's medicine. I want my songs to touch people, to give them what they need. Every time I make an album, I'm trying to make a cure for cancer, musically." BMI

"I'm going down as a legend, whether or not you like me or not. I am the new Jim Morrison. I am the new Kurt Cobain ... The Bible had 20, 30, 40, 50 characters in it. You don't think that I would be one of the characters of today's modern Bible?" Interview with Tom Westwood.

"My greatest pain in life is that I will never be able to see myself perform live." VH1 storytellers

"I am the number one human being in music. That means any person that's living or breathing is number two." The Wendy Williams show.

"I wouldn't even say that I'm a rapper. I'd say I'm more of a messenger." Jimmy Kimmel Live

"I am Warhol. I am the No. 1 most impactful artist of our generation. I am Shakespeare in the flesh." SiriusXM

"I'm like a vessel, and God has chosen me to be the voice and the connector." The Fader

"I just think that when my confidence meets other people's insecurity, that equals 'Kanye's arrogant.'" Vibe

"When I think of competition it's like I try to create against the past. I think about Michelangelo and Picasso, you know, the pyramids." Slate