Webdiary has declined (refused, rejected, refudiated?) to publish anything that would taint the Greens a murky colour.  (That would be a tidal wave of rejected material then.)

This is an ugly matter and a remarkably low display even for the Greens, for whom it becomes increasingly apparent that no depths is too low, no dirt is too dirty, no failure in ethics and morality 101 or basic thinking 0.5 is beyond their grasp, indeed, they grasp with both grubby hands and wrestle it to their heaving self-righteous and misguided, intellectually bereft heaving chests.

So, Geoffff has found a new home for his piece ... as follows: 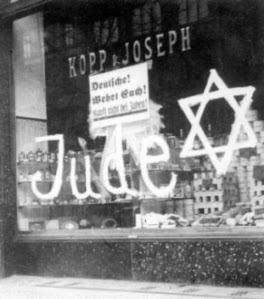 Right on schedule the BDS thugs were out in force in Brisbane last weekend just like they said they would be.. And just as I predicted here after the last antisemitic outburst in the streets of Brisbane, this time they did not have the public arena alone.


"The antisemites of the BDS movement and their running dogs (described by an eyewitness as "enraged with hate and envy") were out in Brisbane on 27 August, to scream the usual lies and insults associated with Israel-demonisers everywhere and the BDS movement in particular."


'Today in the pouring rain hundreds of mums and dads gathered at Max Brenner, Southbank, to stand up for a business who has come under attack because of its connection to the Jewish state. We stood strong, united and defiant as we were confronted by the Green/Socialist Alliance who unashamedly hurled their anti-Semitic and racist chants.

As an Israeli born Australian, I consider there to be no greater affront to our democracy, our freedoms, and our way of life then the Australian Greens policy of BDS which aims to boycott Jewish owned businesses here in Australia.

Average mums and dads said to me today that their Australia was being robbed by the Green’s agenda to turn Australia into the 1920's & 1930's Germany. Today, people from all walks of life turned up to show their support for Israel, a nation besieged by malevolent neighbours.

Despite the weather and the short notice we outnumbered the violent Socialist/Greens three to one.

And also as predicted the precious antisemites who organised this thing have got all livid about their stormtroopers being called nazis in the streets where they came to intimidate and bully a "Jewish/Zionist" shop and its patrons as part of their campaign to tear down the world's only Jewish state and in the process rob all its citizens of all their human rights, irrespective of whether they are Jews, for no other reason than they are citizens of the Jewish state. 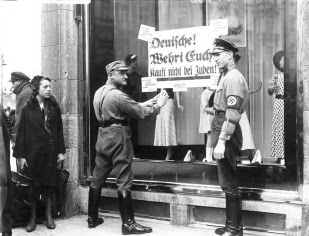 In pressing this campaign against the Jews the protestors have resorted to the imagery of boycotting "Jewish/Zionist" shops. They chose this imagery. A chocolate shop.It is possible that given their manifest ignorance they do not know how offensive and inflammatory this is but I don't believe it especially given that some of them (inevitably) have or claim to have Jewish backgrounds. This is quite calculated. The whole global BDS campaign is calculated.

We need to get one thing out of the way. This has nothing to do with Palestinian rights. These people have no interest in Palestinian rights whatsoever or human rights at all. If they did they would hardly be shouting the ugliest of slanders at the only liberal democracy in the region at the very same time that Syrians are being massacred by their own government.

Not a word from the protestors about that. Or women's rights. Political rights. Freedom of conscience and expression. Children's rights.

Why are these people demanding everlasting war?

Are we seeing antisemitic outbursts in our streets in the twenty first century? Of course we are.
That offends me deeply.

Not just as a Jew but even more so as an Australian. This is the sort of thing you expect to see in Europe or somewhere and not just modern Europe. There is a strong whiff of the political climate of the 1930's about this and the Greens may be too stupid or too antisemitic to appreciate the consequences of linking to it. Either way the Greens will pay.

This is a reminder of just how ugly and nasty the old communists and Stalinists are by the way. Trying to ferment an anti-Jewish riot, as they did in Melbourne a few weeks ago, is just the start.

Next act -- the anti-Zionist anti-Jew state lunatics of Sydney in a fortnight.

And that's just the SMH