Stench of the BDS - A Response 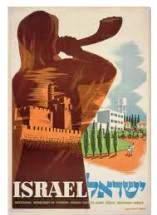 From our man Geoffff:

An extraordinary statement from the Executive Council of Australian Jewry:
'There has been widespread criticism of the recent BDS protests against Max Brenner outlets in Sydney and Melbourne. The criticism has come not only from Labor and Coalition members of parliament, Federal and State, but also from some of their Greens colleagues. The ECAJ thanks all of them for their efforts in opposing and speaking out against the Australian arm of the global BDS campaign against Israel.

The Max Brenner chain is a legitimate, privately owned business that operates in accordance with Australian law.  It provides employment to approximately 750 Australian workers and pays taxes that contribute to the public revenue.  Its alleged "crime" is to be connected in some way to a company that supplies chocolate and other food products to the Israeli army.

Recently, the Australian Competition and Consumer Commission (ACCC) was asked by the Victorian government, with the near unanimous support of the Australian Senate (excluding the Greens), whether the BDS campaign against Max Brenner outlets constitutes a secondary boycott in contravention of section 45D of the Competition and Consumer Act 2010.  The ACCC concluded that thus far there has been no contravention because the BDS campaign is unlikely to have had the effect of causing substantial loss or damage to the business of Max Brenner, as would be required to constitute a breach of section 45D.
Whilst in some respects that conclusion is disappointing, it highlights how ineffectual and unsuccessful the BDS campaign has been in persuading the Australian public not to patronise Max Brenner shops.  Indeed, the BDS campaign has, if anything, succeeded in alienating broader public opinion in Australia and engendering sympathy and support for the target businesses.

The ECAJ is, however, concerned about some of the rhetoric that has been deployed by both sides of the public debate concerning BDS.  On occasions, some of those supporting BDS have lapsed into both overt and implicit antisemitism, and some of those opposing BDS have inappropriately likened Greens leaders to "Nazis".  Neither infracyion excuses the other.  We note that no member of parliament, Federal or State, on wither side of the debate, have engaged in these extreme forms of rhetoric.

All expressions of antisemitism are repugnant not only to the Jewish community but also to the vast majority of Australians.  An ancient and pernicious form of antisemitism is known as the “blood libel”, a vicious and revolting smear to the effect that Jews as a group habitually shed and consume human blood.  (In point of fact, this is the exact opposite of Jewish teaching, which holds human life to be sacrosanct, a belief that has been inherited by both Christianity and Islam).   In the BDS campaign against Max Brenner, the ancient blood libel is revived in the protesters’ chants:

It is of course ludicrous to describe someone who merely sells chocolate products as a "murderer".  Yet in our view, it is no accident that the BDS protesters choose to make their points in these specific ways, which tap into an historical reservoir of anti-Jewish tropes.  They could make their points in other ways.  True moral leadership requires our political representatives to repudiate this sort of deeply racist rhetoric, regardless of where they stand on the BDS issue.
One aspect of the BDS campaign that is particularly troubling is that the boycotts are aimed at businesses with Jewish owners.  Thus, Max Brenner is targeted, but Intel or Microsoft or any other similar company, which operates significantly in Israel and supplies the Israeli Defence Force, is not targeted.  It is entirely legitimate to draw attention to this disparity and to question the motives of BDS leaders.

There is further antisemitism in the implied denial of the Jewish people’s right of national self-determination.
Another frequent anti-Israel chant is:

From the river to the sea, Palestine will be free.

This implies that all of the land situated between the Jordan River and Mediterranean Sea is "Palestine".  Of course, part of that land consists of Israel.  What is thereby advocated is the end of Israel as a sovereign State and its replacement by "Palestine".

The ECAJ does not suggest that all criticisms of Israel are antisemitic.  Israel is a vibrant pluralist democracy and its citizens (Jews, Bedouin, Palestinians and Druze) are often its most incisive critics.  But it is also false to suggest that no criticisms of Israel are antisemitic.   There is clearly an overlap, as the foregoing examples illustrate.

The existence of an overlap was also acknowledged in the Working Definition of Antisemitism developed by the European Union Monitoring Centre on Racism and Xenophobia (EUMC), which monitors racism and xenophobia in the 31 countries and candidate countries of the European Union, in collaboration with key NGOs and representatives of the Office of Democratic Institutions and Human Rights (ODIHR).
The EUMC, now called the European Agency for Fundamental Rights (FRA), adopted the definition in 2005 and distributed it to all its national monitors. In September 2006, the definition was adopted by the United Kingdom All-Party Parliamentary Inquiry into Antisemitism.  It is also employed by units of the Organization for Security and Cooperation in Europe (OSCE), representing about states. The definition has been translated into 33 languages including Arabic and Turkish.  In February 2009, it was adopted in the London Declaration on Combating Antisemitism.  The working definition includes the following:
Examples of the ways in which antisemitism manifests itself with regard to the state of Israel taking into account the overall context could include:
The way to combat these more contemporary and subtle forms of antisemitism is not, in our view, to fight fire with fire.  Whilst hyperbole is to be expected in any free-flowing political discussion in Australia’s robust democracy, special care is needed to avoid comparing any Australian political leaders or members of parliament to "Nazis" or comparing any political party in Australia to the former Nazi regime in Germany.   There is, thankfully, nothing in Australia’s history and experience that is even remotely comparable to the unique evil and horror of the Hitler period in Germany and Europe.
Yet the use of inappropriate analogies with Nazism has crept into political discourse in Australia with increasing frequency.  This has the effect of trivialising Nazi totalitarianism, particularly in the thinking of younger people who have no personal point of entry into understanding the realities of life under the Nazi jackboot.

For this reason our organisation some years ago adopted an express policy against inappropriate Holocaust rhetoric (see http://www.ecaj.org.au/ under 'ECAJ Platform').  The ECAJ: recognised that the Holocaust, the Nazi program of genocide, was a unique historical event; noted that the Holocaust is generally recognised as the benchmark of the most extreme case of human evil; and deplored the inappropriate use of analogies to the Nazi Genocide in Australian public debate.

The ECAJ is concerned that some of the media discourse has resorted to rhetoric that has been less disciplined than it should be. In particular we seek to discourage the use of imprecise analogies with the Nazi regime.  One must acknowledge that there are significant historical differences between rag-tag groups of BDS protesters outside Max Brenner outlets in Australia and a campaign backed by the Nazi state and enforced by state-sanctioned Nazi thugs who picketed shops owned by Jews in Germany in the 1930’s.   Yet Nazis commenced their campaign as purportedly private action before there was government sanction for it.

In another context which has nothing to do with the BDS issue cartoons were recently published in a syndicated newspaper depicting Greens leader Bob Brown as a book-burning Nazi, complete with swastika arm-band, Gestapo cap and SA (Sturmabteilung) uniform.  Prime Minister Julia Gillard was similarly portrayed.   Even allowing for the usual latitude accorded to political cartoonists, nothing can justify comment of this nature.  Political leaders are fair game for all kinds of criticism, but this exceeds the bounds of fairness and diminishes the uniquely evil character of the Nazi regime and the Holocaust.

Some BDS supporters have also been guilty of making inappropriate comparisons with the Nazi era.  It is not uncommon to see placards at their demonstrations which depict the Israeli flag with a swastika at its centre in place of the Star of David or contain other images which, as referred to in the Working Definition of Antisemitism, draw comparisons between Israel and the Nazis.   Clearly, BDS leaders and supporters are in no moral position to accuse others of lacking rhetorical virtue.

Rejecting inappropriate comparisons between the BDS campaign and Nazi Germany does not require us to accept the claim that the BDS protesters are merely opposed to Israeli government policies and actions with regard to the Palestinians, but are not in any way animated by anti-Jewish prejudice.  The BDS protests do not have to rise to the level of seriousness of the Nazi era in order, on occasion, to qualify as antisemitic.

Further, the BDS campaign is calculated to orchestrate public hatred, an ugly and unworthy tactic regardless of the alleged target.  The fact is that an unusually high percentage of Australian Jews are survivors of the Holocaust.  Nobody should callously dismiss the reaction of Australian Jews to the sight of Jewish-owned shops once more being picketed by chanting, aggressive demonstrators many of whose faces are contorted in hate, as can be seen on YouTube and other recordings of BDS events.   Even though the parallels to Nazi Germany are an historical over-statement, those who have suggested that that reaction is contrived should be ashamed of themselves.  The reaction is entirely genuine and understandable.
Nevertheless, the ECAJ is asking all of our political representatives who count themselves as supporters of Israel and opponents of BDS, and the media, to refrain from the inappropriate use of analogies to the Nazis, and to provide moral leadership to others to exercise restraint in their rhetoric.  This is the right thing to do even if it is a vain hope that supporters of BDS will exercise a reciprocal responsibility to eliminate express or implicit antisemitism from their rhetoric.'

---------------------------
This statement seems to overlook that BDS is a global campaign and while Jews are not yet being kicked  to death in the streets of Melbourne, those in Europe, the Middle East and elsewhere have no such guarantee. In Egypt you don't even have to be Jewish. You only need to be mistaken for a Jew as this BBC reporter discovered.

"While walking in the street someone pushed me from behind with such force that I nearly fell over.
Turning around, I found myself surrounded by five men, one of whom tried to punch me in the face. I stopped the attack by pointing out how shameful it was for a Muslim to assault a guest in his country, especially during Ramadan.
Relieved that a seemingly random assault was over, I was appalled by the apology offered by one of my assailants. "Sorry," he said contritely, offering his hand, "we thought you were a Jew."
Shaking his head in disbelief on hearing the news, an Egyptian friend sympathised: "That's stupid, you are obviously not a Jew."
The chilling implication I was left with was that, had I been Jewish, the assault would have apparently been justified."

Of course Bob Brown is not a nazi, but we should certainly question the sincerity of the Greens' "sympathy" for the Palestinians.  There is the unmistakable stench of the political climate of the 1930's  about BDS and I for one intend to keep on saying so at every opportunity.
at 11:22 AM