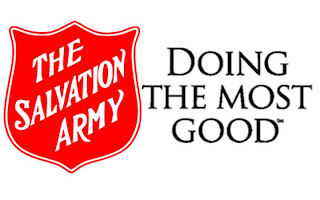 So as not to offend their regular hosts - clubs with lots of slot machines - the Salvation Army has come out in opposition to the government's proposed mandatory pre-commitment plan, which is aimed at reducing the the social damage of problem gambling.

You'd think that drinkers and problem gamblers are a major source of work - cleaning up the damage - for the Salvo's, and that any steps to reduce the number of constituents would be viewed, by them, as an excellent thing.

Must protect their patch, and the tens of millions of dollars in government funding that comes with it.

Must also, oddly enough, protect - first and foremost - their happy relationship with clubs, so as to be able to clomp through with their donation tins on a regular basis, collecting from ... well, gamblers down to their last dollars and drinkers intent on doing maximum damage to their livers.


Salvos spokesman Glenn Whittaker said the organisation did want to keep its good relationship with the clubs movement but maintained the group "would stand firm on our beliefs".

And what an ugly set of beliefs they have been revealed to be.