If the doleful scaremongers at the Climate Change Institute want to persuade Australians about the need to cut carbon emissions, they'll have to do better than their report "A Climate of Suffering: The real costs of living with inaction on climate change".

The picture it paints of a nation wracked by fear, despair, bereavement, depression, self-harm, suicide, domestic violence, family dissolution, debilitating mental illness, children anticipating the end of the world and a billion climate refugees by 2050 is enough to make readers wonder if it's worth getting out of bed.

Effective climate change debate and action depends on reliable science and rational decision-making, not hyperbole. Mental illness is too serious and complex a health problem to be used to whip up anxiety over climate change and promote expensive solar roof panels, the only positive photograph in the report.

They become more and more despicable, then wonder why fewer people want to listen.

And I'm still waiting for the fully funded anti-climate change institute, dedicated - in the way of real science - to studying and testing the null hypothesis.

(Someone out there should also be funded to show us the real cost of the Greens and of all climate change policies at state and federal level.)


Editorial from The Australian
at 7:22 PM No comments:

Madness is potential liberation and renewal.
R.D.Laing
at 1:21 AM No comments:

Andrew Bolt is in the naughty corner, in search of principles.

No politics until further notice. Principles to weigh up.  Faith to keep. Sorry..   Bolt ...


Update
Bolt is back and he's shrill.


Prime Minister Julia Gillard's improper pressure to kill a story of public interest has raised questions about her judgement.
The Prime Minister overstepped the line when she called the chairman and CEO of News Limited, John Hartigan.
Calls that look like an attempt at censorship have many sinister overtones, with threats of inquiries and forced sales left hanging in the air.
And I ask her: What are you so afraid of? What else would you stoop to in order to cling to power? I was considering resigning as a News Limited columnist.

Bolt goes on defensive (and makes it all about him) ... accuses Gillard of overplaying her hand

Abbott's bottom up for grabs

In what now passes for normal politics in the land girt by sea:


Independent Tony Windsor recalls feeling alarm and pity when Mr Abbott revealed the depth of his desire to become prime minister.
''I remember him saying, 'Tony, I would do anything for this job. The only thing I wouldn't do is sell my arse - but I'd have to give serious thought to it.'''
Mr Windsor's fellow crossbench MP Rob Oakeshott also recalls Mr Abbott begging for the job - ''yes he did'' - but would not comment publicly about the gag that he would consider prostitution.

As with the ALP, I'm sure Abbott's bottom would be worth more in the sale yards than his puny soul.

Abbott failed to sway with a bum rap

Former Treasury executive and long time John Howard right-hand-man is about to land in the Senate.

While Mad Monk Abbott "welcomed" Arthur Sinodinos's announcement that he would seek preselection for the Senate vacancy created by Helen Coonan, he might not be entirely sincere.

Sinodinos will be like an intellectual cold shower falling on the shrill and irrational Abbott, not to mention all of the boys and girls who fawn over the worst sins of their Liberal leader.

It's no surprise that Sinodinos has chosen to head to the Senate, where he can be part of the game, but not be required to get his hands grubby.  He no doubt views the chamber as more house of lords than a rugby scrum, but Sinodinos will find that sitting inside parliament is an entirely different game to being a policy wonk or a chief of staff. 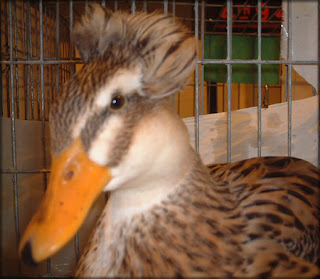 Once a pretty girl

Lady GaGa must cringe at this photograph, taken when she looked ... like a girl, a nice girl, with pretty features; and not looking at all drug addled or bullied.

When celebs were teenagers ...

The Victorian Liberal Party placed advertisements in Saturday's papers asking for members with a "passion for politics" to enrol in its prospective candidates training program so they can "Learn the skills to become the next Liberal Member of Parliament".

As odd as this seems at first blush, it beats the daylights out of the professional Labor career path, wherein an ever decreasing gene pool is drawn upon to fill the ranks of the ALP (and a big hello to Julia (alarm clocks) Gillard, thanks for the vision splendor!).

Liberal Party advertises for new MPs
at 1:29 PM No comments:

Fools on the hill

NSW chief of detectives ... ''We are ultimately dealing with the crimes of a fool, whomever that fool may be, who has left a documented trail like a bleeding elephant in a snowfield.'' 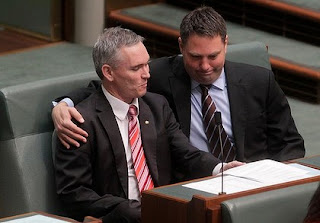 If you think things are woeful in federal politics, just wait, it's going to get worse.


MP Craig Thomson  used his parliamentary email to lobby Central Coast Group Training (CCGT) on behalf of his ex-wife Christa in March - at the same time it had applied for $2.7 million in Commonwealth funding. [She did not get the job; the company had more sense than the MP, recognising the potential conflict.]
In another development, NSW Police Commissioner Andrew Scipione yesterday said he was deciding whether to investigate Mr Thomson over allegations he spent union funds on prostitutes.

Federal ALP hanging by a thread

The test of a first-rate intelligence is to hold two opposed ideas in mind at the same time and still retain the ability to function.
F.Scott Fitzgerald
at 1:19 AM 2 comments:

As was the case in the Federal election a year ago, the polls merely confirm that we don't want Gillard and we don't want Abbott.  Yet Abbott and the Lib's continue to jump about with big grins and happiness that they are loathed slightly less than the woeful Labor performers.

Meanwhile, Labor MP Craig (I'm partial to expensive all girls) Thomson continues to feign innocence over buying prostitutes using his Health Services Union credit card (all charges later reversed and billed to another credit card).  His old union friends also continue to support his claims of being a truthful man.  With no criminal charges in the wind, Thomson wafts around Gillard (standing by her man with "complete confidence") and the hung parliament like a bucket of mouldering used condoms.

Gillard back to rock bottom ...

Firearms and the doctor's office

In another episode of 'they do things differently there ... ':

Standard patient question not taught in Australian medical schools:  do you own a gun?

Routine gun inquiry off limits for doctors in Florida
at 1:10 PM 8 comments:

Labels: America is a foreign country, Health and Medicine 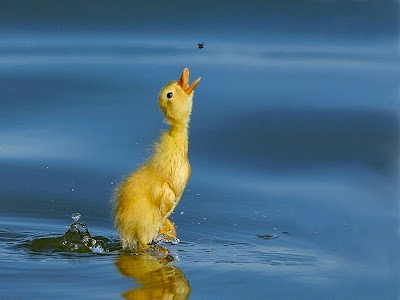 Horror scenarios not so bad

From "Migration and refugee law" co-authored by Mirko Bagaric:


"The main general argument against utilitarianism is that because it prioritises net happiness over individual pursuits, it fails to safeguard fundamental individual interests. As a result of this, it has been argued that in some circumstances utilitarianism leads to horrendous outcomes, such as punishing the innocent or forcing organ donations where the donations would maximise happiness by saving the lives of many or assisting those most in need."

Then under a heading called: "Horror scenarios not so bad" they conclude:

"Once we come to grips with the fact that our decisions in extreme situations will be compartmentalised to desperate predicaments and will not have a snowball effect and serve to henceforth diminish the high regard we normally have for important individual concerns and interests, we find that when placed between a rock and a hard place we do and should [italics!], though perhaps somewhat grudgingly, take the utilitarian option. In the face of extreme situations we are quite ready to accept that one should, or even must, sacrifice oneself or others for the good of the whole."

Since most authoritarian countries live under a perpetual state of emergency the qualification about "extreme situations" doesn't give me much comfort.

I also can't see how Mindy Sublime could endorse the whole-sale dumping of individualism in favour of collectivism. The Greens book doesn't mention any of this (nor do I see why this book needed to) but I feel I'm on pretty firm ground stating that it has the same philosophical underpinning given its co-author and since its analysis of the convention is precisely the same.

Organ donation is a trigger for me after learning of claims by Falun Gong practitioners that the CCP was organ harvesting. For a time the whole idea of donation was repulsive to me, for the same reason that cannibalism is.

More recently a number of clients of AI have come to us wanting assistance in registering as organ donors, under the belief that they will die in detention and so want to contribute something to Australia. It's fascinating and disturbing.

Sol - comment from previous thread Greens Reality
at 11:45 AM 7 comments: 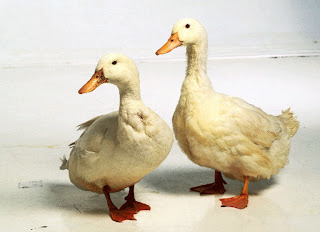 Why not be oneself?  That is the whole secret of a successful appearance.  If one is a greyhound, why try to look like a pekingese?
Edith Sitwell
at 1:13 AM 2 comments:

Support for the Federal Labor party is so low that if an election was held now, Keven Rudd would likely be the only Queensland MP left with a seat.

Carbon tax campaign spinning its wheels
at 12:33 PM No comments:

China gets all judgmental

China issued a stinging rebuke of the US over its debt crisis, calling for independent supervision of its currency and demanding the country ''learn to live within its means''.
China holds $US1.15 trillion ($A1.09 trillion) in US government bonds and said the US risked further credit rating cuts if it did not pare its ''gigantic military expenditure and bloated social welfare costs''. 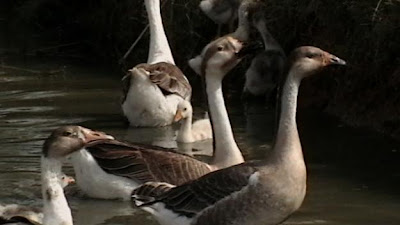 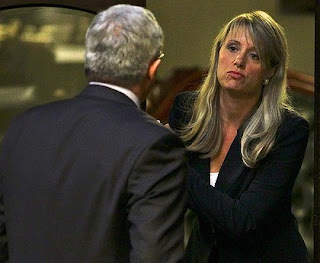 In NSW, the boys and girls are back in parliament, with the lovely Kristina Keneally turning up (after a holiday in France) looking like a petulant school girl.

The new "do" has led to far too many puns, of which KK deserves better, but then, so do those hair extensions.


"... And then Kristina Keneally walked into the chamber with her new hairstyle and nothing seemed to make sense any more."

It is far more impressive when others discover your good qualities without your help.
Judith Martin aka Miss Manners
at 3:39 AM No comments: