No feather boa and no Gareth, but Cheryl's back.

She's running with a bunch of other independents under the slogan "change politics!".

Come on, pull the other one.

Kernot to run for senate
at 9:06 PM No comments:

Only days ago my knee-jerk reaction to Craig.W's suggestion that the Libs had a pretty decent chance of winning this federal election was to say 'nay, ain't gunna happen'.

The ALP took an absurd gamble in dumping Rudd, not only the action itself, but the manner in which it was done. It had an unholy whiff to it. Even in the world of politics, the stench was putrid.

Having done the deed, for the greater good of the party - so the story-board goes - it would be no small irony if our first female PM also ends up being our shortest serving PM.

My first post when Gillard did the deed was to suggest the ALP was dead. I changed my mind. As you do. Now it looks as if my first thought was not so off track.

This election, for all it's lack of color and movement, so bereft of substance or risk, is set to be one of the most interesting.

Even if Gillard is not lying awake at night asking the question, it's a dead-cert that her colleagues are, or should be: what the hell have we done?

Win or lose, the federal ALP is officially a haunted party. The ruddy smell will never go away. 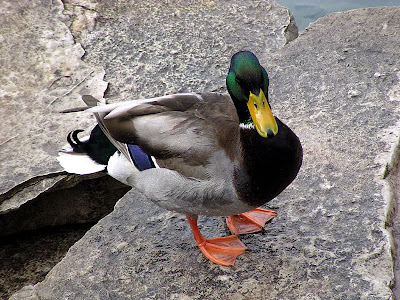 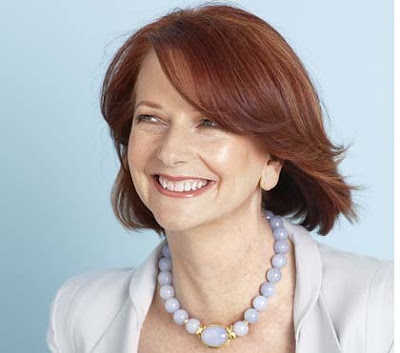 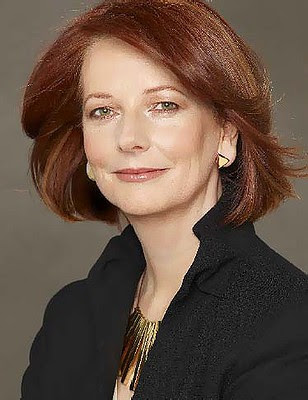 At least there are no feather boas. Small mercy.

In politics, absurdity is not a handicap.

Napoleon Bonaparte
at 6:06 AM 2 comments:

Today the Prime Minister, Julia Gillard, announced that the ALP will help train more than 3000 emergency department nurses and doctors throughout the land if they win the federal election.

Ms Gillard (she of the barren uterus and shriveling ovaries) said that up to 2000 emergency nurses would be trained DURING THE NEXT DECADE.

Which is probably roughly the same number of emergency nurse who would be trained DURING ANY RANDOM DECADE.

Additionally, 1000 student nurses would get "vital experience" in emergency departments.

I will henceforth endeavor to only suffer nothing more serious than a "vital medical emergency".

Tucked into the package was the training of an additional 270 emergency doctors DURING THE NEXT DECADE.

Yes. I will let you do the maths on all of that.

(More than ten emergency nurses to be distributed across each doctor, you say?! Twenty seven new emergency doctors per year, you say?! To be shared around 737 public acute hospitals, you say?!)

"My fellow [Australians]. As a young [girl], I dreamed of being a baseball, but tonight I say, we must move forward, not backward, upward not forward, and always twirling, twirling, twirling towards freedom." - Kodos gives a speech, "Treehouse of Horror VII"

Diety of choice hands out gift of horseshoe throwing

He answers to the name of Alan Francis.

He throws horseshoes better than anyone in the entire world.

“I’ve worked hard, honing that skill,” Francis said. “At the same time, it’s a gift. I think I was given the ability to do it.”

Perfection in the horseshoe pit
at 1:23 PM 2 comments:

Labels: Human Behavior, Skills I Wish I Had, Stuff People Do

The annals will record that the shafting of Kev Rudd was all down to his shifting identity, combined with being, fundamentally, entirely unsuited to leadership.

Gillard's policies are as idiotically lacking in vision as were Rudd's, but at least her personality and temperament doesn't flap about in the wind, even if her hair-do is a work in perpetual progress.

"Doesn't play well with other kiddies" pretty much sums up why Rudd was dumped.

While I had my doubts, a piece from The Australian a couple of weeks ago is convincing.

For those who had to work with him - the party, the public servants, the business stakeholders, the fetch and carry people - the man was a nightmare. For the same reasons, on the same causal spectrum, as a PM, he was useless.

Yes, he had to go, but it begs the question of how and why the ALP, yet again, selected a singularly unsuitable leader. His essence was known. The same deal as when they selected Latham. Both men were shrill and out of their depth.

"... he leaves with the labels of amateur, the apprentice prime minister who in the end could not survive. His policy problems arose not from ideology but from chaotic process, a lack of intuition and an inflexibility which, in turn, were a reflection of Rudd's personality."

This tells us as much about the ALP as it does about Rudd.

Win at any price.

It was ever thus. 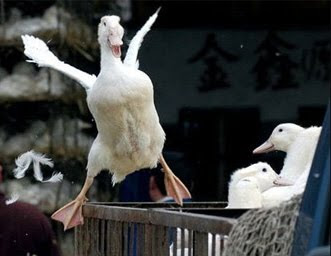 Over in Lubeck, Germany, a couple fell out of an apartment window in the midst of what turned out not to be the best, steamy, cheating sex of their lives.

Instead of a good night's sleep and a shot of bonding hormones, they came away from the encounter with broken bones and head injuries.

Against stupidity the gods themselves contend in vain.

(The Borowitz Report) – Millions of Americans huddled around their televisions Thursday night, transfixed by the spectacle of an incredibly wealthy man getting a new job.

In living rooms, bars, and restaurants across the country, a record audience gathered to watch the rich guy announce who would be signing his massive new paychecks.

In ’s , Tracy Klugian, 27, was one of thousands who braved the blistering temperature to watch the multimillionaire reveal the location of his new employer.

“I wouldn’t have missed this for anything,” Mr. Klugian said. “For anyone who considers himself a fan of the rich getting richer, this was must-see TV.”

Based on the record ratings for its special featuring the rich guy, ESPN announced that instead of airing NBA games it would instead schedule two-hour specials showing the rich guy cashing his ginormous paychecks.

BP Says Oil in Gulf Must be Changed Every Six Months

GULF OF MEXICO (The Borowitz Report) – At a time when many thought that news out of the Gulf of Mexico couldn’t get any worse, BP announced today that the oil in the Gulf needs to be changed every six months.

“The oil will need to be changed every six months or every 15,000 lies,” said the BP spokesman. “Whatever comes sooner.”

The announcement about the oil change came on the heels of BP’s decision earlier in the week to separate the Gulf into two sections, full-serve and self-serve.

Sensing that the company was staring down a deepening public relations disaster, BP CEO Tony Hayward attempted to sound a compassionate note: “If this sort of damage were being inflicted on my yacht, I would be devastated.”

According to experts, the BP oil spill is now the second-worst leak in history, after Michael Steele’s mouth. 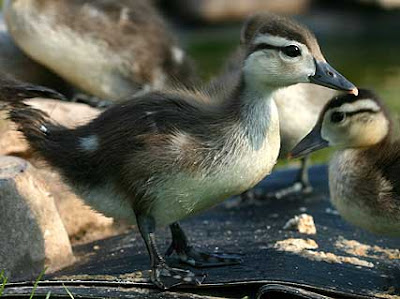 Age is not a particularly interesting subject. Anyone can get old. All you have to do is live long enough.

The most popular Google "how to" enquiry from Australian users during the last three months was "how to have sex", followed by "how to kiss".

(Small tip people: worry about the kissing firstly, the sex secondarily ... it's a girl thing.)

But it's not all about how to keep warm and snugly in winter.

How to make paper planes, write a biography and solve Rubik's cube were also matters of priority for little Aussies.
at 8:39 PM 9 comments:

Labels: Search Results, Statistics, The Internet, What everyone else is thinking about

The rapid rise and equally rapid fall of K.Rudd.

Each event spectacular and history-making in it's own way.

Earlier this week, Malcolm Turnbull, of all people, wrote the most elegant, eloquent and deeply empathetic epitaph.

"As I watched the downfall of a man with whom I had battled day after day, I could feel the cruel emptiness engulfing him.

Someone asked me what I would say to him. There is nothing you can say. All I could think was: ''Someone should give this poor bastard a hug.'' 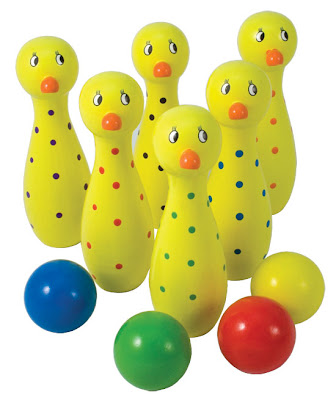