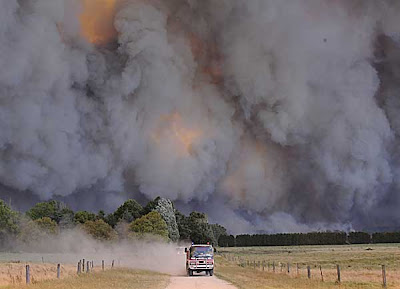 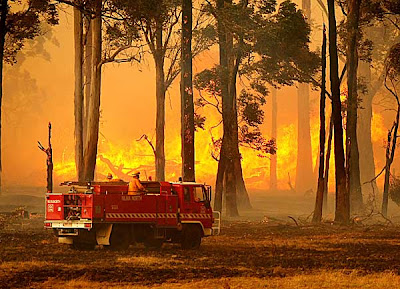 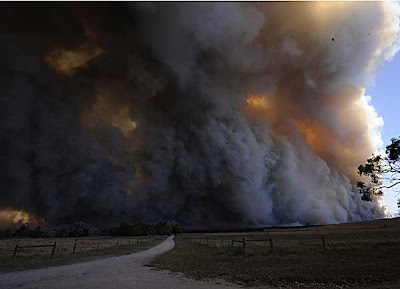 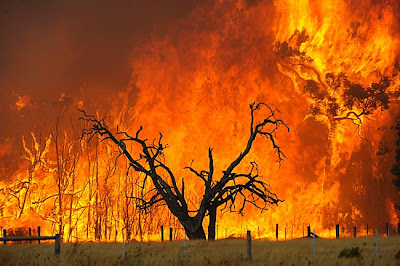 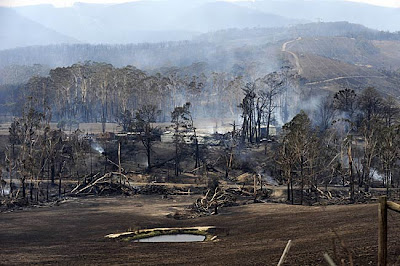 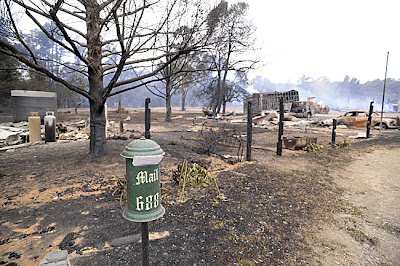 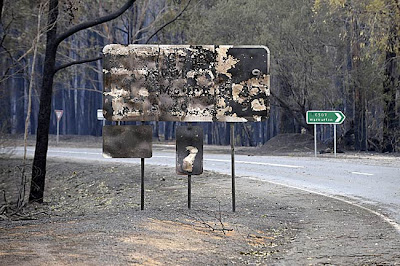 Victoria and NSW are burning.

Death toll in Victoria now confirmed at 35, and rising.

The army has been called in to assist in Victoria, with fires expected to rage for days.

Update: While firebugs are being blamed for several blazes ravaging Victoria, the Country Fire Authority has confirmed that several fires are being deliberately relit by arsonists.

Update IV: death toll 76. Channel 9 has just confirmed that the veteran news reader Brian Naylor, who lives in fire-ravaged Kinglake West, can not be accounted for.

Update V: The bodies of Brian Naylor and his wife Moiree Naylor have been found.

Update VI: 108 bodies found so far, 750 homes destroyed, up to 5000 homeless. Fires in Victoria continue to threaten some townships. South Australian residents warned of extreme fire danger for their region this weekend.

Update VII: "We start coughing and gasping for air. Life is rapidly beginning to narrow to a grim, but inevitable choice. Die from the toxic smoke inside. Die from the firestorm outside." - senior journalist Gary Hughes vividly describes how lives are lost, and some spared, but only just - Cheating flames of death.

Update VIII: Geoffrey Blainey provides a potted history of our worst fires: "We live in one of the world's most hazardous bushfire zones. In our recorded history, there has been no bushfire as spectacular as February 1851 ...". Shocking heat on shocking day. This has not been the worst, will not be the last, but it has been the most deadly. 111 confirmed dead at this time. Nearly a dozen critical cases in hospital, numerous on life support. The search for bodies continues.

CFA fire fighter shares some water with a homeless koala. Via Herald Sun


Updates at The Australian