t would seem that 12,000 homeless folk are ruining the lush grassy beauty of . At least I assume that’s the case, since laws have been introduced to make it illegal to feed homeless people in parks.

It will still be entirely legally for the less disadvantaged to take their equally less disadvantaged relatives or friends to a park for a picnic, so long as everyone carries proof of residence, in case they are accused of being a homeless person while passing around slices of sponge cake for dessert.

Seems they don’t like homeless people cluttering up the grasslands, because, well, it’s aesthetically displeasing.

A humpy of homeless in a pretty area tends to run the risk of: 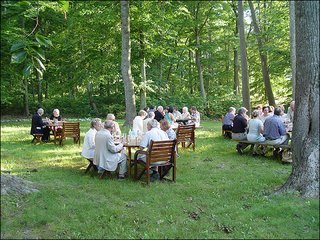 Other cities across the have also initiated similar laws to protect the attractiveness of their streets and parklands.

“I don’t think anybody in wants people to starve to death,” Mr. Reese said. “But if you want to help somebody, people can go to McDonald’s or Kentucky Fried Chicken and give them a meal.”

I’ll bet all the casinos in that McDonald’s and KFC are thrilled to bits with that little piece of PR.

At a June Council meeting, the Las Vegas Mayor, Oscar B. Goodman:

“suggested that panhandlers with signs asking for food be sued for “false advertising” because soup kitchens provide free meals.“

Now, if only we could initiate laws to get rid of the ugly people cluttering up the world, oh, and maybe people with too many freckles, yes.