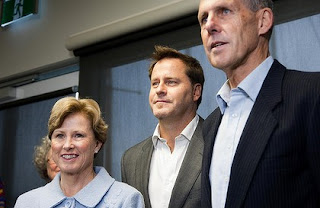 New Green guy in the senate will be Peter Whish-Wilson.


Currently an economics academic at the University of Tasmania, and a viticulturist; previously an investment banker.

Whish-Wilson ... now that's a name warranting the occasional headline and cartoon, purely for the fun of it.