Guest post from Geoffff - last week chocolate protests, this week orchestras ... maybe next week we could have some wine? 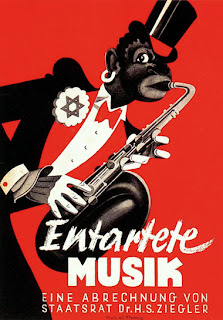 It is now a week since that most strange and offensive insult and even in a world full of outrages, it may well endure as an image, even though it killed nobody, for its sheer audacity. It is certainly worth a second visit ,even if the news cycle is so short, saturated and amnesic, and the world is right now deeply pondering another event ten years earlier. Perhaps because of that we should also think about what happened in London last week. 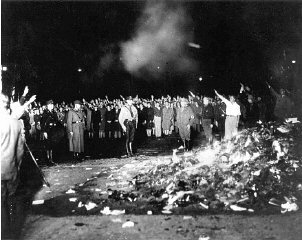 I am talking of course of this attack on a performance by the Israel Philharmonic Orchestra at Prom 62 at the Royal Albert Hall.

The video shows all the incidents and is about five minutes long. Watch as much as you can stomach but you will get the general idea quickly.

The IPO is among the very finest classical music orchestras in all of history and has been since it was founded. Among the finest musicians in modern times have been associated with it from the start; well before the state of Israel was finally established. Anybody who has any interest in this form of music knows this.

It is also a breathing  testament to the human spirit, priceless beyond all earthly wealth, more moving than any memorial. . To repeat part of that remarkable Times editorial :


"The IPO was founded in 1936 to assemble the talents of Jewish musicians from Europe who had lost their livelihoods under Nazi persecution. Its work testifies not to Israeli politics but to Israeli culture, the remarkable Jewish contribution to music, the role of cultural contact in defusing conflict, and the power of music itself."

This  is an outrage because it is was another calculated attack on the symbols of culture and humanity and especially because of what motivated the attack. Jews are at the core of this so to attack the Jews they must attack the culture. Classical music is a good thing about us. I don't know for sure but I would  take the bet the only young Arab classical musicians in all the Middle East have been supported by the IPO. Hardly a big claim.

So here is a brief interlude in honour of the IPO

Here's the cello section with the Tchaikovsky Rococo Variations 1/2

Finally, the 1812 Overture with real cannon.

Those who would stand in a famous music hall and try to tear down an orchestra because they want to tear down Israel and the Jews, and those who support them, must know exactly what they are doing. This is only the start of what they say they want to do. Music and the arts are just the beginning; like the last time.  The very suggestion they do this because it is about anybody's human rights at all is the insult of the bully.
at 6:40 PM