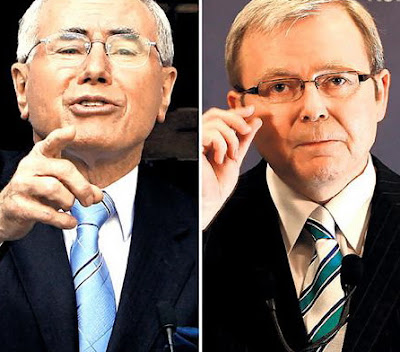 Seems to be a 15% swing against the Nationals in Queensland. Ouch.

Howard has lost his seat, based on primary votes alone.

Malcolm Turnball looks certain to retain his seat. (Update: with massive swing in his favor!)