Jean-Paul Sartre and the Valley of the Dolls 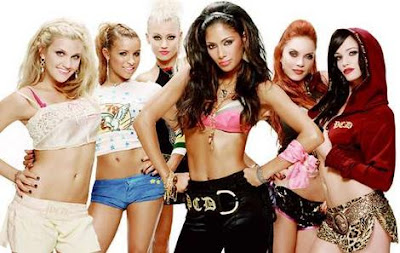 The Pussycat Dolls are looking for a new dolly-bird. I don’t know why, since I didn’t know they’d lost one of their dolls in the first place.

No big surprise then that their new reality telly show is about to arrive on our screens - Pussycat Dolls Present: The Search for the Next Doll.

The producers of the show are touting the dolls and their show as an exemplar of “third wave feminism”, whatever that might be, but I’m more inclined to go for the biggie and suggest that it must be the fourth-fifth-and-sixth wave of feminism all rolled into one. You know, like the feminism we thought we’d never see in this or any other lifetime.

The shows creator and the producer recently entertained a group of middle aged male journalists with third-wave philosophical and feminist insights, such as:

“the band and the show [are] "aspirational"and a "snapshot of the contemporary woman being everything she can be".

“the program - … was "inspiring to women" with its message to "find your inner doll",… getting dressed up like a doll is "like, great for women".

These are women that have wanted to be a part of it because they feel that it is empowering to get up there and dress up like a doll . . . It's something that every girl in the world . . . wants to do."

Under no circumstances is this in the service of men.

And there's even a position to take (that) this is, frankly, third-wave feminism.

At least one journo was becoming apoplectic by this point and jumped in with the lethal question:

I'm just totally baffled at how you get from 'Don't cha wish your girlfriend was a freak like me?' to celebrating women.

McG jumped back in: "Truth be told, it's just saying, 'Don't cha wish your girlfriend could be free and comfortable in her own skin and do her own thing like me?'"

"It is!" Antin said, defensively.