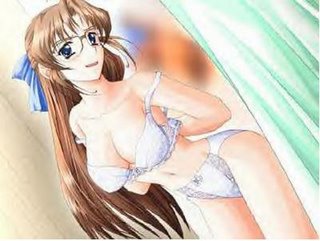 As if we really need another reason and means by which to dob people in, in this instance, women only.

Yes, really, now you can become part of the icky bra strap police.

I’m a firm believer in a pretty bra at all times, and would never wear a grubby bra any more than I would wear … eeeewwweeeee … grubby undies. I’ve never owned a beige bra in my life either, evidence, I believe, that I adhere to relatively high standards when it comes to underwear for the breasts.

Bra faux pas, bra strap faux pas, regardless of the exponential growth in these matters, in the scheme of things, you’d have to be one petty, supercilious, little git to be making the time to send your friends or acquaintances little messages about their bra strap crimes. Or more inane still, "reporting" a "celeb" bra strap crime. (Seriously: you think, in the entire world, you were the first or only person to have noticed?)

If one is truly aiming for good taste though, I’d be strongly inclined to avoid these interchangeble bra straps, which are more dreadful and ridiculous than decorous.

The very first nominee might be the Bra Strap Company that has managed to drum up untold free publicity and serious news coverage for their tacky wares.

Fashion violation from the Strap Police.