Dolphins are dills after all 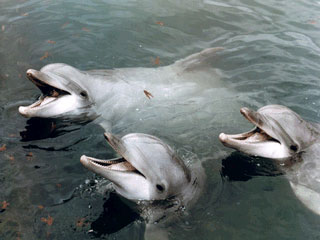 An entire family of dumb dolphins.

Looks like we’ve been sprung this time: seems that dolphins aren’t nearly as smart and evolved as humans have long been want to assert.

According to one newspaper “Dolphins are flippin’ idiots”.

Meanwhile, you can read the same story, with an ever so slightly more appropriate degree of gravitas at “New Research Suggests Dolphins Actually Dumber Than Goldfish”.

Is anyone else detecting some childish glee here; a touch of human spite perhaps?