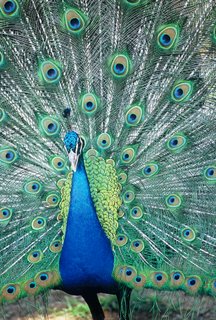 If you can combine being exceptionally good at doing something difficult, yet utterly useless, and keep safe and protected from predators while you’re at it – keep yourself alive, in other words – that’s pretty much what it takes to be mega-alluring to the opposite sex, or so our primitive brains might dictate.

Evolutionary biologists seem to have taken a feather out of the caps of the academic glitterati of inconsequential studies (that would be the social sciences to the rest of you) with this notion that poetry, singing, the visual arts, and so on, can be culturally explained by looking at the benefits such creative and useless activities may bestow on the initiator of such creative and useless activities.

Yes, some scientists are in the process of testing the elasticity of Darwin’s ideas, not for any particular reason, or to gain predictive knowledge, but just for the hell of it, in much the same way that feminists, to this very day, insist on making use of Marxism, even though Marx had nothing to say about women, other than: “yes thank you, a cup of tea would be most welcome”; or “oh, another baby, oops”.

Obviously, some people are much better at being clever and useless than others, and given that being clever but useless is remarkably attractive, this, naturally, led our evolutionary biologists to conclude:

“If someone can do difficult things, not only carrying peacock tail feathers or a long dark lion mane, but also things that require much practice without contributing to physical fitness and survival, and yet stay alive, that individual must have especially good genes. They are therefore sexually attractive.” [Read the whole thing ...]

So, get to it: practice, practice, practice those useless artistic ventures, flaunt your long dark mane, being sure to stay alive, and the opposite sex might flock to you – they might not too, but at least you’ll be doing something utterly clever and useless while you’re trying to attract love.

[Yes, yes: now we understand why Drunka has been blessed by the devotion and adoration of Mrs Drunka.]