The UK at its finest 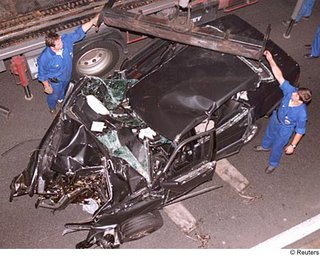 Still to be finalized, the official British inquiry into the death of Diana, Princess of Wales (contrary to the insistence of the MSM, she lost usage of the “Princess” prefix during the divorce settlement), while a matter that could, potentially be taken seriously, seems to have slipped into silliness before the report is even finalized and made public.

Firstly, the senior detective leading the investigation offered up some tantalizing, yet entirely useless bait to journalists while he was “speaking at a literary festival, in Hay-on-Wye, ”.

This worthless bit of fluff finishes with the following gob smacking revelation:

“A Metropolitan police spokeswoman, speaking on condition of anonymity in line with policy, said she could not comment on the reports.”

Wow. Journalism at the cutting edge. Stand by for more breaking news.